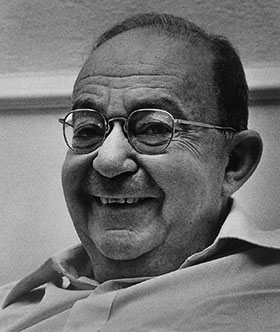 Born in 1915, White was a Pulitzer Prize winning journalist known for his extensive coverage of Presidential elections between 1960 and 1980. White’s book, The Making of the President vividly detailed the battle between John F Kennedy and Richard Nixon in the 1960 Presidential election. He would follow this publication with similar accounts on the 1964, ’68, and ’72 elections, and his work is credited with revolutionizing modern political coverage. White’s writing paved the way for the in depth political coverage that has become a staple of the mainstream media. His intimate portrait of the candidates opened the door to the modern political process, which has placed an increased emphasis on the private lives of candidates for office. His writings speak to the greater debate between the right of the public to thoroughly vet nominees and the candidate’s right to privacy. With the twenty four hour news cycle and the up to the second news provided by social media sites like Twitter, that balance has been trending towards transparency with no signs of slowing down.